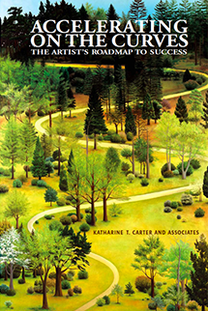 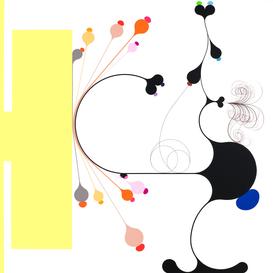 Katharine T. Carter & Associates
Robert Curcio's abilities as an effective book publicist are indisputable in my estimation—he got results from his efforts on our behalf. As a first-timer in the world of publishing, Robert helped me secure placement coverage for our book in important art magazines, leading websites, blogs and other media venues for Accelerating on the Curves: The Artist's Roadmap to Success. Robert Curcio is not only thorough in his research he has the perseverance and dedication needed to stay with his follow-up efforts for extended periods of time. In other words, he is not easily discouraged. Anyone seeking coverage would benefit by Curcio's tenacity and determination—he gets "tangible" and measurable results, and has always given 100%. I know—I've worked with him for over a decade.

Galerie Richard Inc.
It brings me great pleasure to write on behalf of Robert Curcio.  Mr. Curcio was hired for the exhibition of Paul Henry Ramirez, which consequently was also the inaugural exhibition of the gallery's new Chelsea, NYC space.  During this time Mr. Curcio was pro-active in helping me acclimate and transition the business to its new location, procuring collectors, curators and critics, most notably Donald Kuspit, who wrote the catalog essay for the exhibition.  Mr. Curcio introduced Ramirez to the curator at the McNay Art Museum which has included him in the traveling exhibition Beauty Reigns. Additionally, Mr. Curcio facilitated contactswith leading art publications such as Artforum, Art News and Flash Art.
Mr. Curcio went above and beyond his call of duty by organizing a Scotch tasting event intended to attract collectors, critics and others to Ramirez's exhibition.  It is this type of "out-of-the-box" thinking that makes Robert an exciting collaborator.  I give Robert Curcio my highest recommendation.

Jeffrey Wiener, Publisher
The Great Nude
Robert Curcio and I have worked together on a number of projects over the past 25 years. Most recently over the last several years, Robert has helped TheGreatNude produce several large Art Events on behalf of this magazine. TheGreatNude Invitational 2010, held in the Roger Smith Hotel, was a 5 day exhibition of Figurative Art which included 27 international artists, several  Life-drawing parties and a panel discusion which included reknowned art critic Donald Kuspit, and several major artists. From strategic planning, managing of artists, handling insurance, and bringing numerous diverse concerns together through Robert's numerous contacts. Over the years, I have continued to trust the consultations and advice that Robert Curcio has provided me, and he has worked with TheGreatNude on several more events and exhibitions since.

Alejandro Zaia, Chairman
Pinta Art Fair
Since the beginning of Pinta: The Modern and Contemporary Latin American Art Show in 2009, Robert Curcio has played a valuable part in the success of Pinta in New York City. Through his numerous contacts with writers, editors, publishers, journalists, critics and other art media connections, Curcio made our Media Preview Brunches packed events. With his extensive and thorough follow-up of his contacts, Pinta has received numerous articles, reviews and other coverage in leading international art and culture publications, blogs and websites.  For the 2011 edition of Pinta in NYC, Curcio arranged with the NY1 cable news to interview the fair's directors and exhibitors which was televised during the fair.  Recently, he was asked to assist with collectors and VIPs, and within a month's time was able to bring members of the Whitney Museum's Contemporaries, members of Artlog's collector group, the Director of the Hirshhorn Museum in Washington DC, Citigroup managers and clients, and the art consultants Thea Westriech and David Nisinson to the fair.  It has been a pleasure and of great benefit working with Robert Curcio these past few years and we look forward to working together many more years.  I highly recommend Robert Curcio to other fairs and art related projects.

Catya Plate, Artist and Award-winning Filmmaker
I am more than happy to write on behalf of Robert Curcio.  My friendship and professional relationship with Robert started in 1999 when I was participating in an exhibition at the Limelight that he was co-curating. Already then I could tell how committed Robert was to his passion of organizing quality shows and representing artists in the best possible way.

Over the years, during which we have stayed good friends, I have had the pleasure to watch his career grow as an artist adviser and curator. As my career as an artist and filmmaker has also grown over the years, I realized that as a full-time artist I do not have enough time to stay up to date on exhibition opportunities, etc. I felt that I needed advice from someone that I could trust to assess my work and to inform me on what exhibition opportunities are out there and most importantly, which ones are worth-while pursuing.

Robert came to mind immediately. We reconnected and arranged a studio visit during which we discussed my work in length, individually and within the contemporary art world. His assessment of my work was not only spot-on but also extremely thoughtful. Consequently I decided to go with his advisory service. I am delighted to say that in a short time many good things have come out of his advisory service, one of which is an upcoming solo show at the Indianapolis Art Center.

In the contemporary art world where so many people are fleeting presences, Robert is something like the Rock of Gibraltar. His zen-like coolness and kindness amidst an art world that is hyper is more than refreshing. His insight into the art world, his expertise, intelligence and intuition and most of all his sincerity are invaluable. I look forward to continue working with Robert.

Chambliss Giobbi, Artist
I met Robert in 2010 when I was exhibiting at VOLTA NY.  Since then, he has become a close and loyal friend.  Robert has a rare combination of instinct, knowledge and profound enthusiasm for contemporary art.   I am very grateful for his loyalty and enthusiasm for my work which has resulted in many fruitful collaborations. For my solo exhibition SE7N: The Seven Deadly Sins at 101/Exhibit in Miami, Robert introduced my work to Walter Robinson which resulted in Robinson writing a rigorous catalogue essay. Robert also arranged a video interview at the exhibit for the site The Great Nude.  Robert pushed for my inclusion in EYE ON THE STORM curated by Dominick Lombardi with two museum venues, as well as my participation in HEAD, an upcoming group exhibition curated by Robert and Dominick. Robert’s knowledge, integrity and generosity are known quantities in the NYC art world, and he has earned my respect many times over in just the few years I have known him.

Ray DiCecco, Artist
Robert and I have known each other for at least five years.  What began as an acquaintance has evolved into an important business relationship.  We began working together when I signed on in 2009 with his program.  At our initial studio visit, I quickly realized that I was dealing with someone who could provide an honest and extremely knowledgeable appraisal of my work.  As part of our initial meeting Robert talked about the potential challenges of presenting my work in the most competitive arts arena in the world.  Robert will tell you how he feels and what he believes about your artwork – there’s no room for flattery.  The subsequent series of studio visits he organized, provided me the opportunity to meet with art world professionals like Richard Vine and Jonathan Goodman, gave me excellent critiques of my work.  Robert also pushed me to talk more extensively about my photo-paintings, which encouraged me to expand my own aesthetic vocabulary and helped me to clarify the direction of my artistic intentions and goals …a significant process for anyone seeking exposure and recognition, and ultimately establishing his or her own brand.   After this ground work, Robert presented my work to a selective group of over 100 galleriests, curators and consultants.  This led to my first New York solo exhibition at the Tenri Cultural Institute in the heart of Greenwhich Village.  It was a wonderfully successful show.  In addition, he suggested I become part of the registry at Chashama, a non-profit artist organization, which lead to an interview in their first online magazine and a solo exhibition.

Since that time Robert has continued to support me by providing ideas, advice and opportunities on a regular basis, and has been instrumental in helping to promote other exhibitions.  He remains one of my closest allies on the art scene.  I have nothing but praise for Robert.  He brings remarkable integrity and sincere dedication to any endeavor.  Establishing a firm relationship with Robert Curcio should be a top priority for anyone looking to make his/her mark in the art world.

Jason Covert, Artist
I had the pleasure of working with Robert Curcio for several months in 2010 while planning a solo exhibition in Manhattan's Chelsea art district.  Robert was hired to spearhead the public relations with regard to the exhibition's release and announcement to the art community at large. Throughout the course of our partnership Robert consistently offered excellent and substantive advice on a large array of items relating to the exhibition and aided in bringing those ideas to fruition. One such example was suggesting and aiding in the orchestration of a live interview with a known ArtNews contributor.
Not only did he manage to float notice of the exhibit into the general art world consciousness, but he handled the basics, such as crafting a general release which resulted in an interview with an organization who later named the exhibit as one of the best of 2010. Working with Robert was not only a pleasure, but an investment whose benefits were easily quantifiable after the fact. I would recommend his services to any other artist looking to take a step forward.

Ilene Skeen, President and CEO
Barebrush
Robert Curcio is extremely knowledgeable and focused on the value of effective promotion. He helped me realize that my website "pressroom" needed to be redesigned in order to more effectively present the Barebrush story. He advised me on ways of forming and maintaining press contacts. In understanding his point of view and approach, I realized how and why my former four-and-a-half year old press release campaign was almost entirely useless. I was able to revise this effectively. In addition, his email activities to his own list of contacts directly resulted in an interview and article in the New York Observer, a well-respected arts and culture weekly in New York City. This generated a lot of interest in Barebrush and, I think, is helping me to get my small business to the next level. Bottom line: money well-spent.